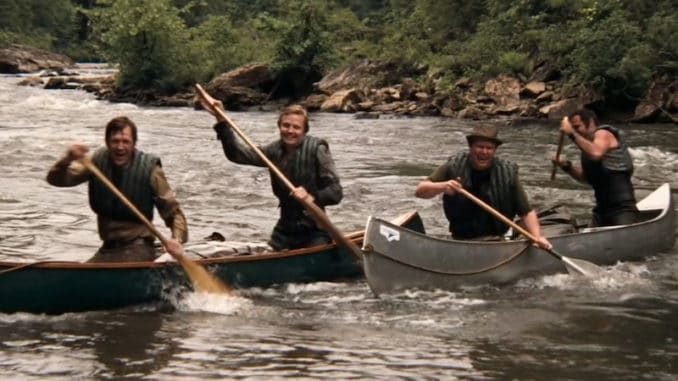 This historic account, by one of the founders of Southeastern Expeditions, details events that lead to the creation of the whitewater rafting industry on the Chattooga River.

Words and Photos by Doug Woodward

Forty years ago, a film appeared on the big screen which caused theater-goers to squirm with angst—not from some imaginative sci-fi scenario, but because the sequence of terrifying events could easily be related to real-life possibilities, particularly for paddlers in the southern Appalachians. ‘Deliverance’ also launched into greater prominence the careers of Burt Reynolds, Jon Voight, Ned Beatty and Ronny Cox. Three Georgia whitewater paddlers happened to be in the right place at the right time, becoming part of the film’s legend. Doug Woodward recounts what it was like to be part of that experience.

James Dickey changed my life. He never knew that. And at the time, I didn’t even know it myself. But as surely as Dickey could put swashbuckling thoughts to paper and then morph them into his own persona, his words also became a part of who I was.”