Durham Hall – A timeless setting with an interesting past!

Built at the turn of the twentieth century on Main Street in Walhalla.  The Durham Hall building has been home to various businesses including: a hardware store, a meat market, Morgan’s Music and Appliance, Seneca Furniture and Landvision Title.

In 2017 the building underwent a renovation.  The new owners were amazed and thrilled to discover the  “Bull” Durham ad painted on one of the brick walls.

Get your team out of the office and meet up at Durham Hall.  The combination of historic charm and flexible layout allow you to host memorable events. 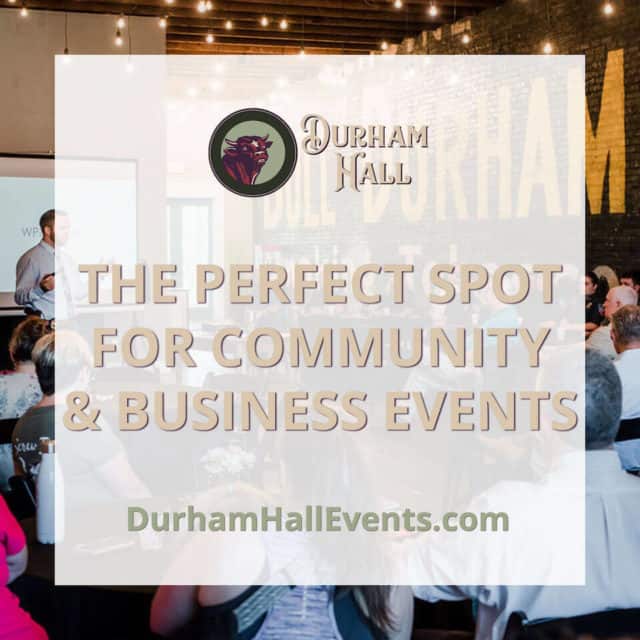