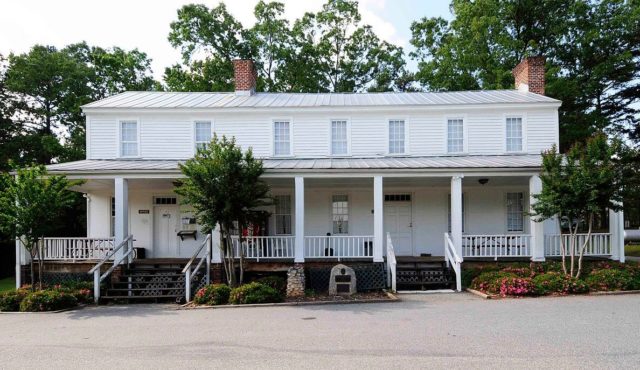 This house is the strongest existing architectural link between the present and Old Pickens. It was built by Pleasant Alexander in 1831, it was located on a plantation at the edge of Old Pickens. From 1828-1868 Old Pickens was the center of government for Pickens District which in 1868 was subdivided into Pickens and Oconee counties.