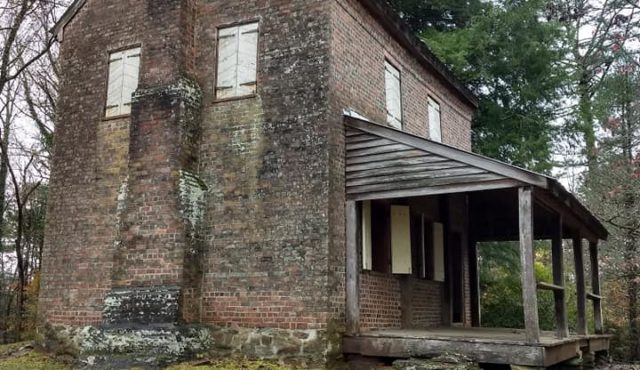 Built around 1792 during tensions between white settlers and Creek Indians, the Oconee Station itself was once one in a string of small frontier posts garnished by state militia. It was the last of its kind when it was decommissioned and the troops left in 1799. Its 20-inch stone walls are still standing today. Also on the site is the William Richards House built in 1805. It served as a private residence for 150 years. Site features picnicking, fishing and trail access to Station Cove Falls.