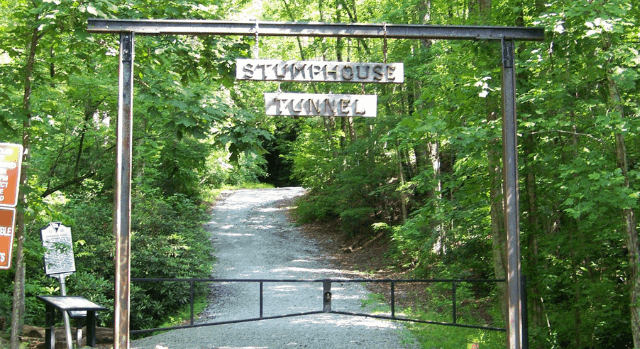 Located within Stumphouse Park. The Stumphouse Mountain Tunnel was part of the Blue Ridge Railroad project, an 1850s attempt to link the port of Charleston to the cities of the Midwest by rail. The Civil War and subsequent collapse of the state’s economy brought construction to an end and the tunnel was never completed. Family-friendly 1/4 mile walk into the tunnel (flashlight recommended) which maintains a constantly cool 50 degrees. Park picnic shelter nearby.